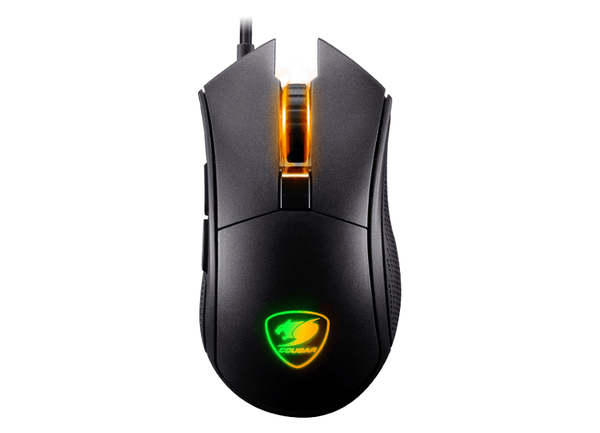 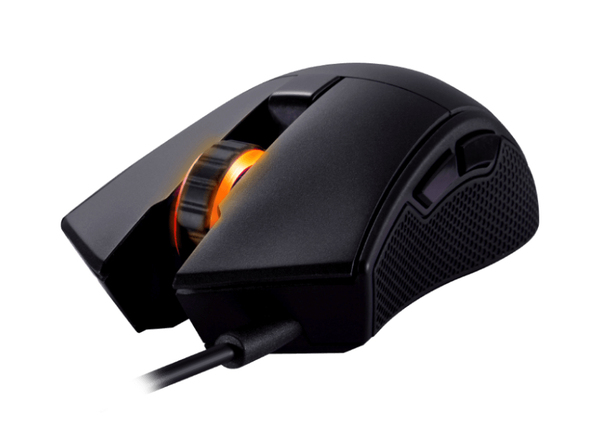 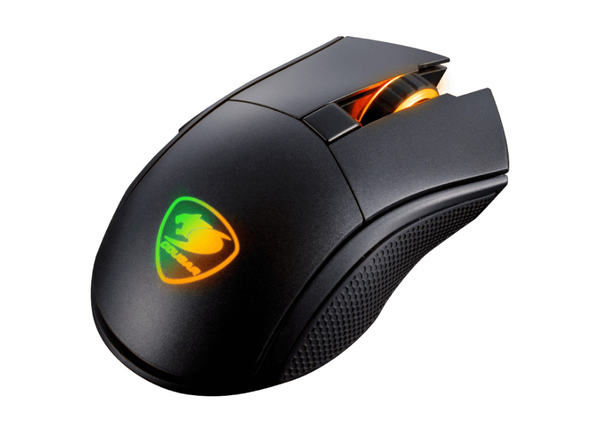 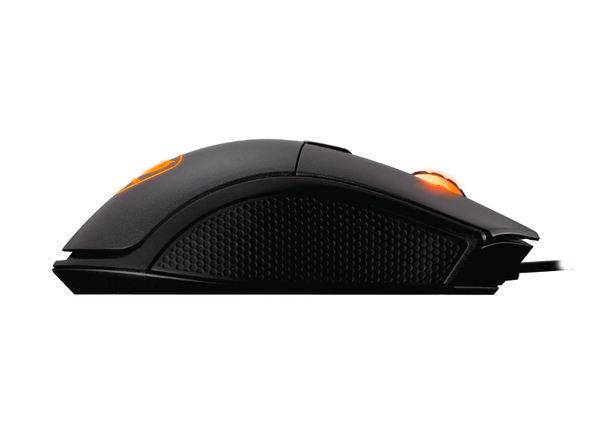 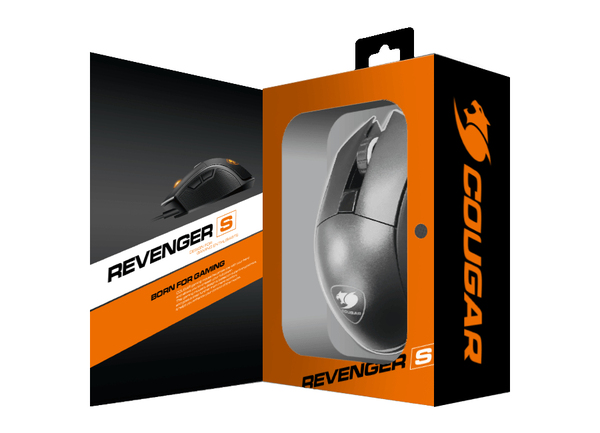 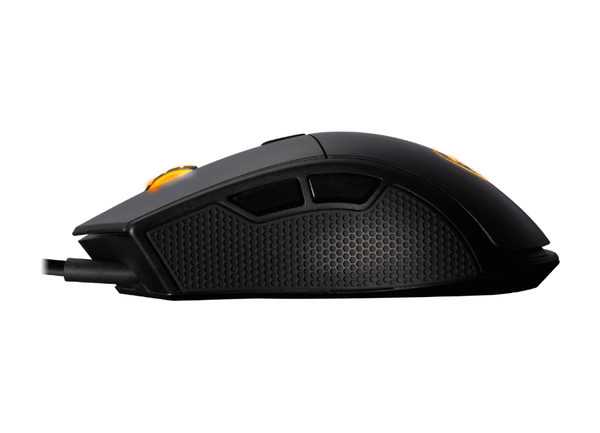 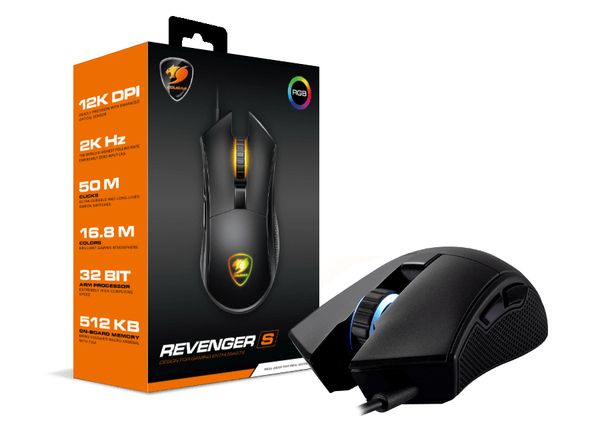 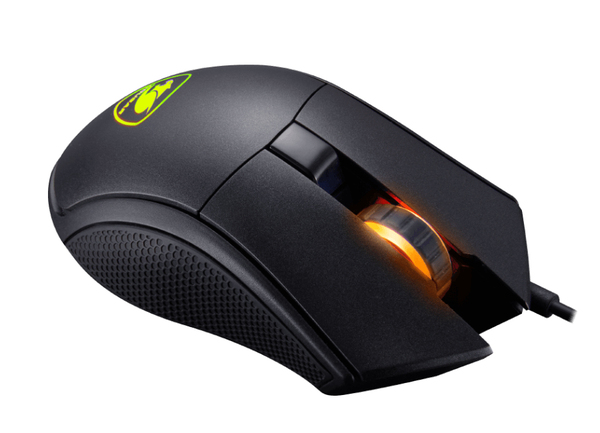 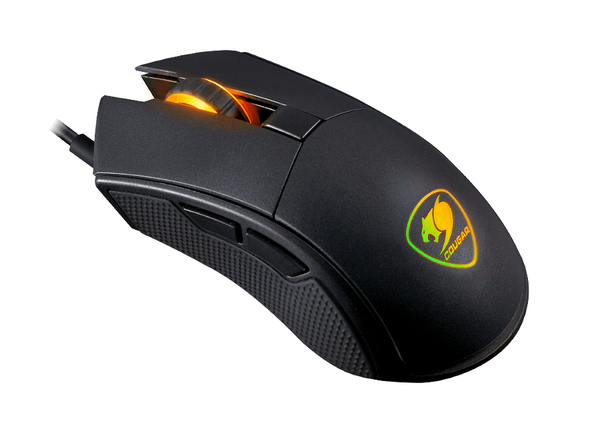 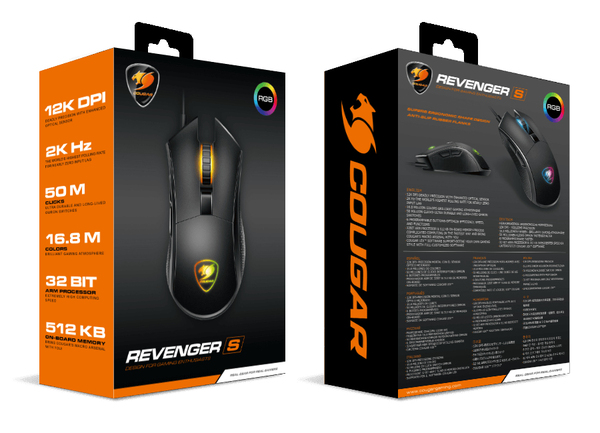 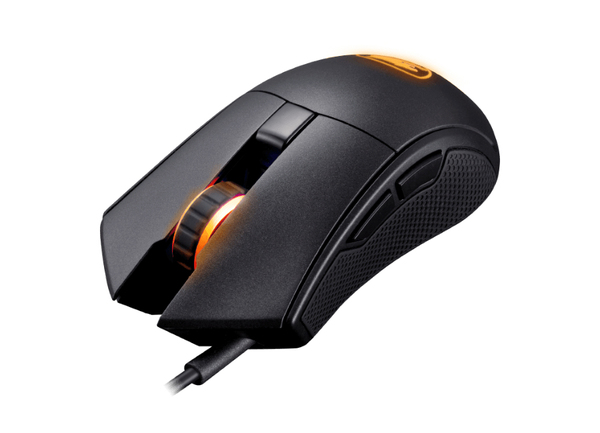 REVENGER S
The Ultimate FPS Mouse ​
With a 4K-ready 12.000 DPI optical sensor that tracks like no other, the world’s fastest polling rate and a highly ergonomic shape, this cutting-edge tech mouse is what you need to rule the online arenas.

Revenger S brings you the fastest polling rate available on the market. Real 2000 Hz, not overclocked as in many competitors. Every half a millisecond, your computer will receive updated information, getting as close as real-time tracking as you can get in a gaming mouse. This is twice the highest refresh rate offered by most of our competitors, which has the potential of allowing you to react twice as fast as your rivals. Smoother movements join the PMW3360’s precision to help you thoroughly trash your opponents.

PC Polling Intervals
The 2000Hz polling rate provides a smoother experience by doubling the speed with which the sensor provides input to the computer.

Real 12000 DPI
Over-marketed as it may be, DPI are still a relevant factorwhen it comes to defining a gaming mouse’s accuracy. Superior accuracy does not come so much from having the highest possible DPI as from having the right DPI for your screen and computer usage. For this reason, we offer you a DPI range that includes the optimal DPI level for all existing functional gaming resolutions (including 4K and 8K). With a Revenger S, you have a sensor able to perform at the highest level in virtually any screen, resolution or environment!

Special eSports Mode
Especially for professional level eSports competitions, a special eSports mode has been added: When the mouse has been set in the desired DPI level, pressing and holding the DPI button for three seconds will set the mouse in eSports mode, deactivating the DPI button. This will avoid any unintentional or accidental DPI mode switch. This functionality is especially useful for use in matches which disallow the use of software or DPI mode switching during the game.

Fine-tuned Shape and Layout
The Proud owners of Revenger S will have in their hands the result of years of research to achieve a shape and button arrangement that genuinely help gamers improve their performance. Every single millimetre of this mouse has been designed the way it is for a reason, from the curvature of its buttons to the angle of its flanks; its every molecule is helping you become a more powerful gamer.
When it comes to buttons, Revenger S has the right amount for a mainstream gaming mouse, six. Not less, not more. Two main buttons, a clickable wheel, a DPI button and two flank buttons. Enough to perform all the functions you want while avoiding any distraction, this layout is the one chosen by most elite gamers around the world. To optimize performance, we have thoroughly researched and tested the precise location of the buttons, minimizing the distances that your fingers need to travel to activate critical functions in mouse grip styles prevalent in gaming.

Advanced Button Design
A mouse’s primary buttons are the gamer’s main way of interacting with the game, and their performance must always be top-notch. To maximize this, we have made adjustments both outside and inside the buttons. On the outside, we have created a separate pressing surface for each of the buttons, separating them from the palm rest area of the mouse. This both minimizes accidental pressing of the buttons and reduces the amount of force required to activate them, which enhances your ability to respond quickly. Under the buttons’ and powering them, are two OMRON switches that bring you the unparalleled stability and responsiveness of the leader in the mouse switches sector and a useful life of up to 50 million clicks.

Features
RGB Power
Revenger S comes with a two-zone powerful RGB backlight. Useful for identifying visually the configuration Profile you are using, it also helps you create the gaming atmosphere you want, choosing among 16.8 million colours.

Advanced 32-bit Computing
To harness the massive power of this gaming beast’s sensor and other components, a 32-bit processor works non-stop and guarantees a quick and smooth response to all your commands.

Anti-slip Real Rubber Flanks
To help you get a solid hold during intensive gaming sessions, Revenger S comes with two real rubber (not coating) flanks that further stabilise your grip.