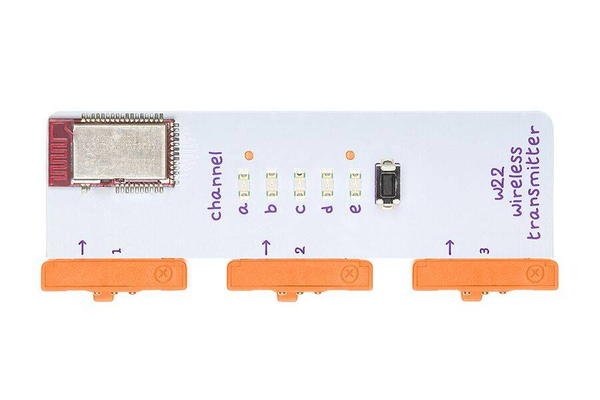 The wireless transmitter & receiver Bits enable you to control your creations wirelessly. To do this, you need to make two separate circuits, one to transmit the signal and one to receive it. The wireless transmitter and receiver need each other to work, and they both need power. The Bits can communicate a signal up to a distance of about 100 feet indoors!