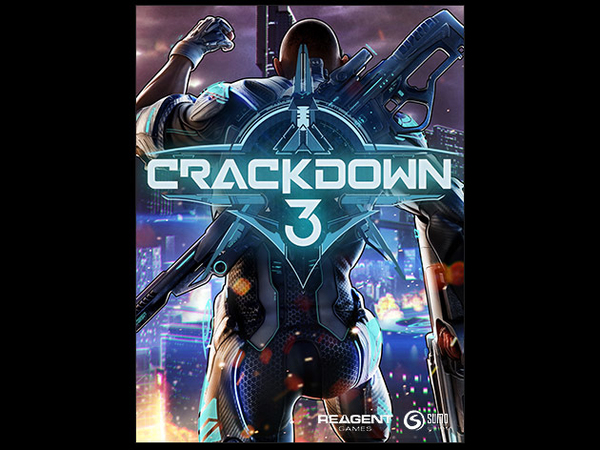 The Blackout
From out of nowhere, a new enemy attacked. Major metropolitan areas were hit with a never-before-seen form of elemental warfare, plunged into darkness and chaos. In the aftermath, the Agency picked-up a hot lead -- and now they'll stop at nothing to find the ones who knocked us down, to deliver a harsh dose of Justice… by any means necessary.

New Providence
An island "paradise" in the grip of corporate psychopaths, gangsters and butchers, New Providence is home to the highly-secretive and exceedingly-sinister TerraNova Worldwide. Built around the smoldering heart of a volcano only recently and mysteriously reignited, this mega-corp is exploiting every resource in the area – material and human – as they prepare for the next phase of their diabolical plan… and brace for the inevitable showdown with The Agency

Agency Weapons Do It Better
The Singularity Bolt – the pinnacle of agency engineering. With mad science in the palm of your hand, team open the space-time continuum in the name of justice and kick criminal ass straight back to the big bang.

Game features
Skills for kills
Level up your super-Agent skills to jump over skyscrapers, hurl trucks at your enemies and fight like a boss.

Dangerous open-world playground
Play with up to four-friends over Xbox Live to take out a violent criminal empire and use the city as a weapon against your enemies.

Crime claps back
Lure vindictive crime lords out of their strongholds by roughing up their street soldiers, attacking criminal operations and taking out high value gang captains.

Boom goes the dynamite
Join with up to 10 agents online to tear the city apart piece by piece in a 100% destructible multiplayer arena, available with your purchase of Crackdown 3

Join the community
Check out the official community site for the latest news, behind the scenes interactive fan content, and a more in-depth look at the world of Crackdown.

Game details
Time to step up your boom and stop crime as a super-powered Agent in Crackdown 3's sandbox of mayhem and destruction. Explore the heights of a futuristic city, race through the streets in a transforming vehicle, and use your powerful abilities to stop a ruthless criminal empire. Crackdown 3 delivers cooperative mayhem and an all-new multiplayer mode where destruction is your ultimate weapon powered by Microsoft Cloud.