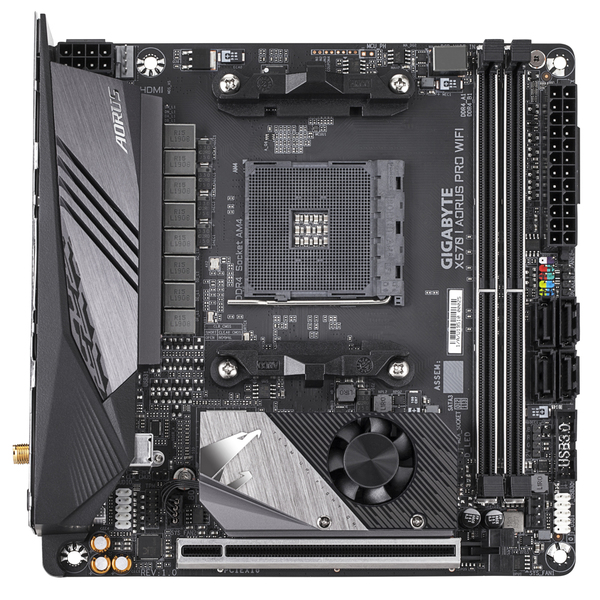 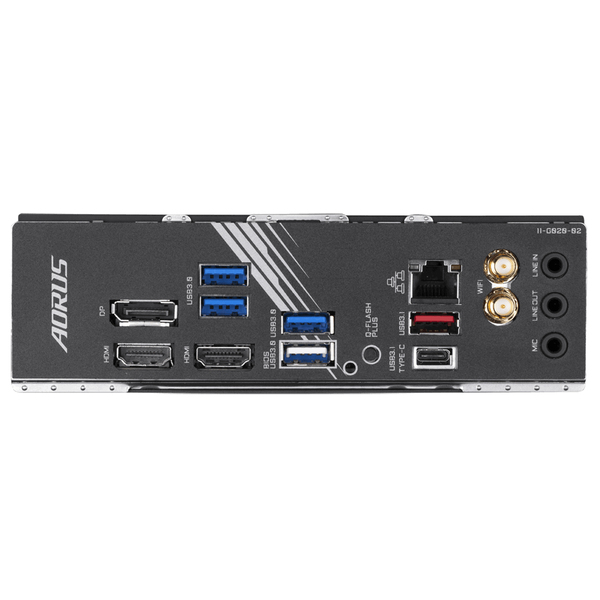 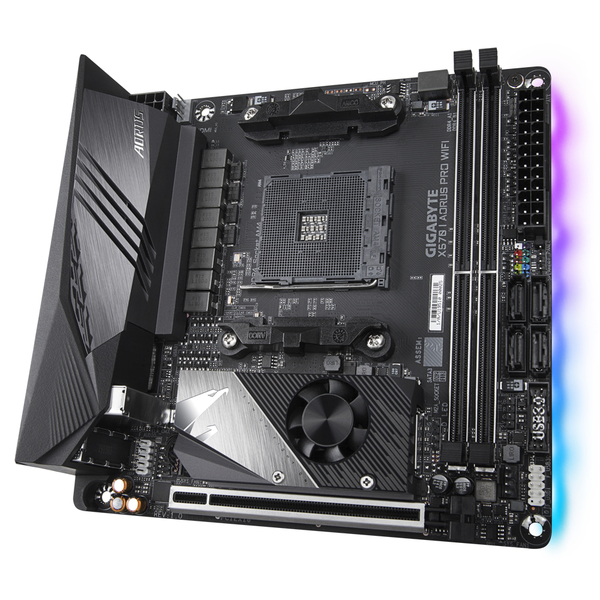 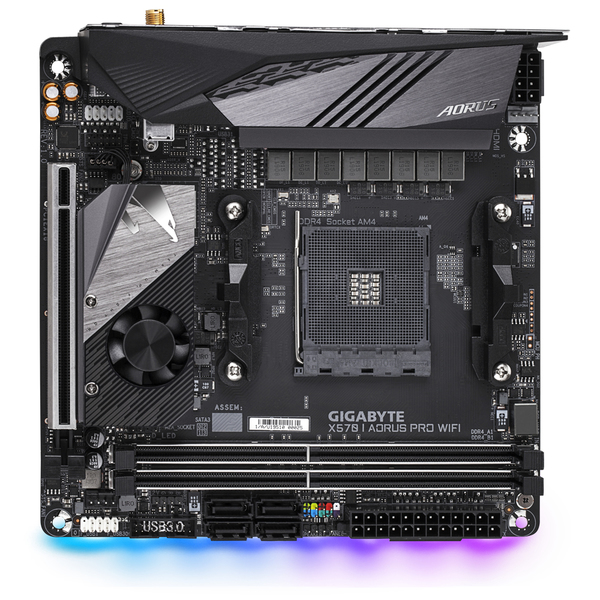 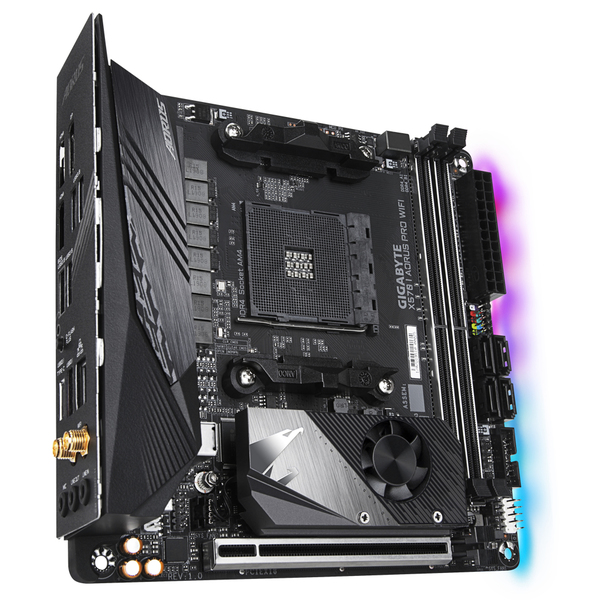 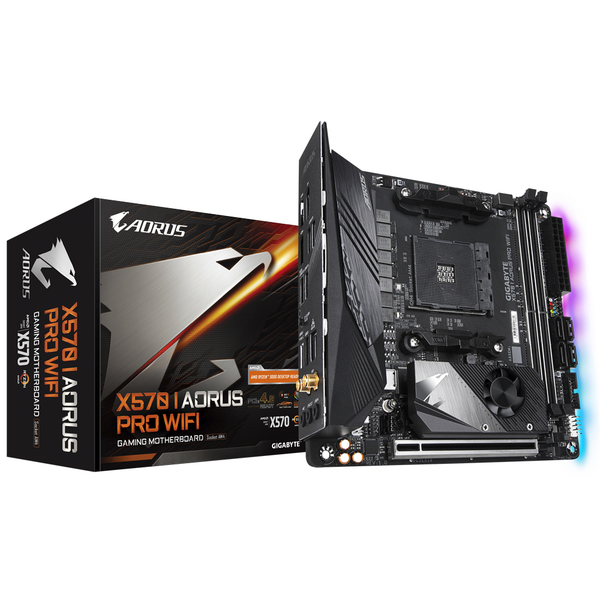 DESIGN CONCEPT
DOMINANT IN DARKNESS
In the dark, starless night, the falcon strikes fear into the heart of its prey. Even with minimal visibility, the falcon pinpoints its prey and patiently anticipates the perfect moment to swoop in for the kill. The falcon with its laser sharp gaze dominates the darkness of night in the same manner that AORUS Core Lighting illuminates the vast AORUS ecosystem.

AMD StoreMI Technology
  GIGABYTE X570 motherboards maximize your PC's potential with AMD StoreMI technology. StoreMI accelerates traditional storage devices to reduce boot times and enhance the overall user experience. This easy-to-use utility combines the speed of SSDs with the high capacity of HDDs into a single drive, enhances the read/write speeds of the device to match that of SSDs, bolsters data performance for incredible value, and transforms the everyday PC to a performance driven system.

AORUS PERFORMANCE
Ultimate Power Design
To unleash the full potential of the 3rd Generation of AMD Ryzen™ CPU, the motherboard requires the best CPU power design. With the best quality components and GIGABYTE R&D design capability, the X570 AORUS is a true beast among motherboards.

Advanced Thermal Design
On a small mini-ITX board, heat is easily trapped and thermal balance is not easy to achieve. To avoid thermal throttle, an improved thermal solution consisting of a heatsink with cuts, and multi-layered heatsink has been implemented on the X570 I AORUS PRO WIFI. With a LAIRD 1.5mm thick, 5W/mK high thermal conductivity pads, it can transfer 2.7x more heat compared to traditional thermal pads in the same time period.

AORUS CONNECTIVITY
Next Generation Connectivity
A high-end product needs to be future-proof so your system stays up-to-date with the latest technology. X570 AORUS motherboards provide all next generation network, storage, and WIFI connectivity to keep you up to speed.

Multi-Zone Light Show Design
Now offering more LED customizations than ever, users can truly adapt their PC to represent their lifestyle. With full RGB support and a redesigned RGB Fusion 2.0 application, the user has complete control over the LEDs which surround the motherboard.

With a dazzling array of products supported, RGB Fusion 2.0 is the software that brings it all together, letting your accessories synchronize to the same beat. Customize all your LEDs how you like — have them match, dazzle and impress. Learn more about RGB Fusion 2.0

Achieve fan silence. With Fan Stop, map any fan to stop completely when temperatures drop below a specified threshold. Which fan stops, based on readings from which sensor, and at what temperature—all of it can be customized to your liking.

With GIGABYTE Q-Flash Plus, you don’t need to install the CPU, memory and graphics card nor enter the BIOS menu to flash the BIOS. Just download and save a new BIOS file (rename to gigabyte.bin) on the USB flash drive, then press the dedicated Q-Flash Plus button and you’re good to go!