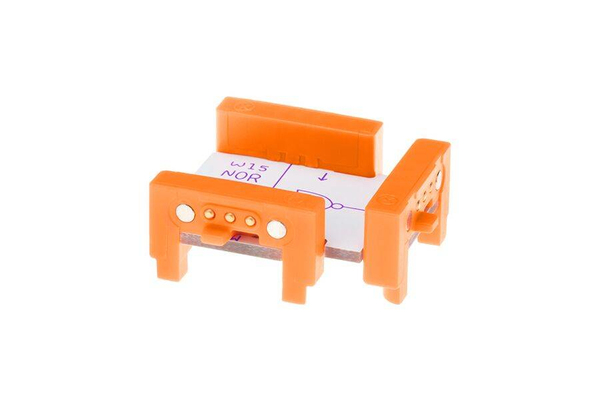 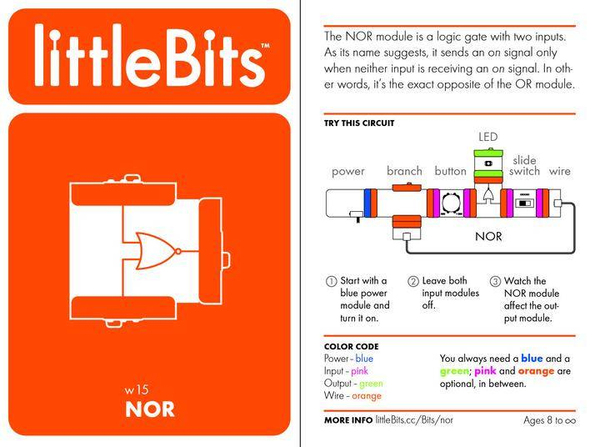 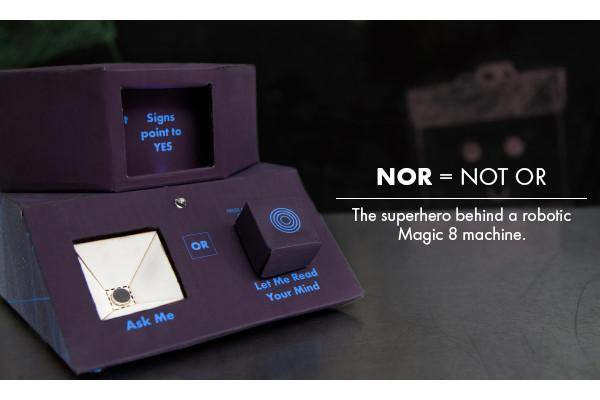 The NOR Bit is a logic gate with two inputs and one output. NOR stands for NOT OR, meaning the output of the OR module is inverted. With the NOR Bit, the output is ON when both inputs are OFF, or false. If either or both inputs are ON, the output will be OFF, or false. Building circuits with logic Bits is essentially the equivalent of physical prograqmming. Logic Bits create rules for your circuit to follow, giving you more ability to create interesting and complex interactions. The NOR gate is good for projects in which you want the output to be ON unless one or both of its inputs are triggered.

Logic Bits like the NOR Bit only work with two states of inputs, ON and OFF. When an input is either ON or OFF, like a button, a toggle switch, or a sound trigger, we call it a digital input. Inputs that have variable voltage like pressure sensors, dimmers, and light sensors, are analog inputs. Because logic gates only deal with ON/OFF, high/low, or true/false, analog signals pass as digital. With analog inputs, an “ON” signal occurs at about 2.5 volts when passing through a logic gate.