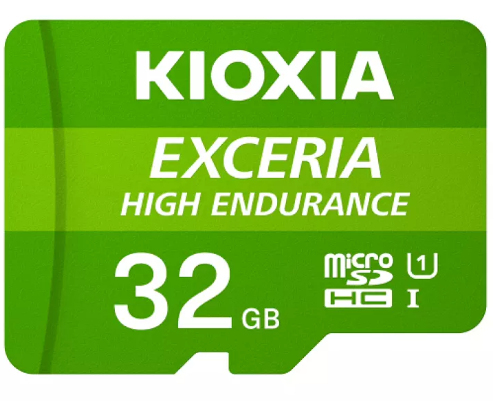 High-capacity for the Long Hours
The EXCERIA High Endurance microSD memory cards come in capacities up to 256GB and can store up to 24 hours and 50 minutes of Full HD video.

The Speed to Capture
At 256GB capacity, read speeds of up to 100 MB/s and write speeds of up to 85 MB/s(1), making it possible for the cameras to capture unexpected guests.