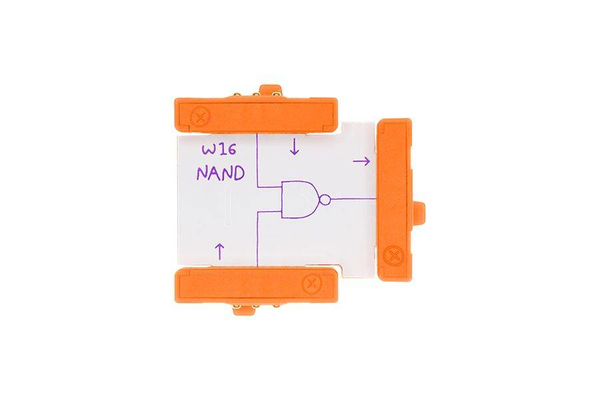 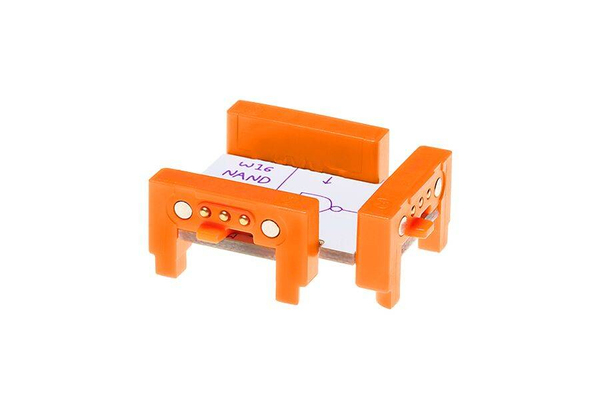 The NAND Bit is a logic gate with two inputs and one output. NAND is short for NOT AND which is the combination of an AND gate where the output is inverted. The NAND only outputs an OFF signal when both of the inputs are ON, or true. If both inputs are OFF, the output signal will be ON. Building circuits with logic Bits is essentially the equivalent of physical prograqmming. Logic Bits create rules for your circuit to follow, giving you more ability to create interesting and complex interactions.