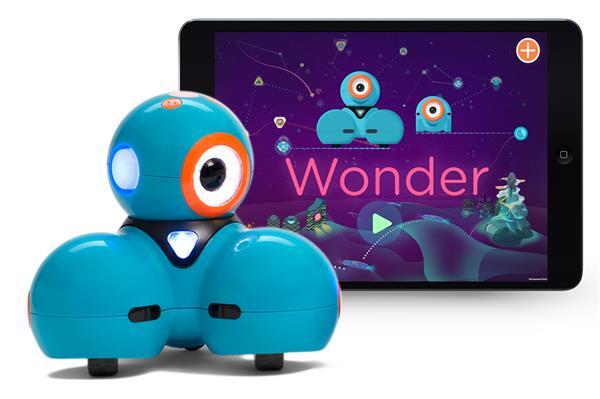 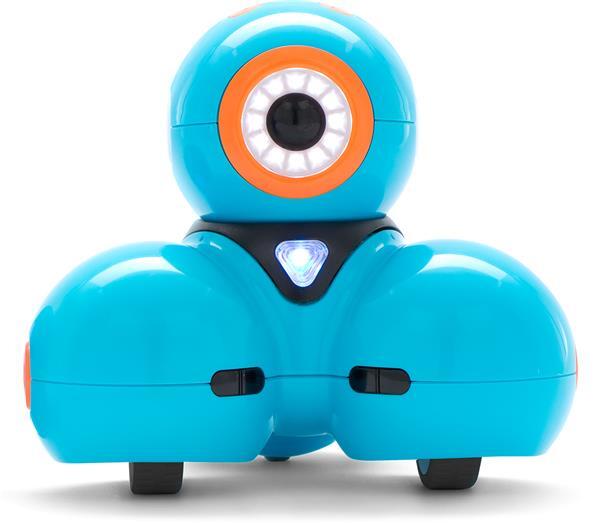 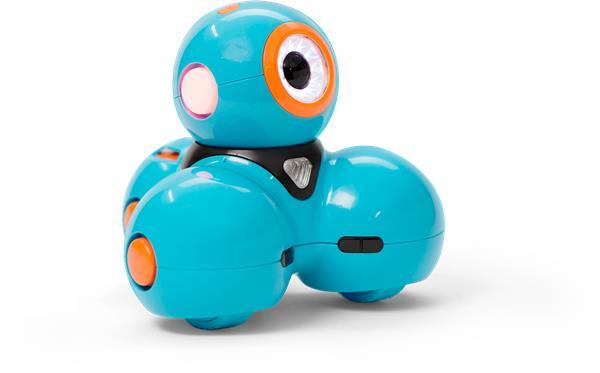 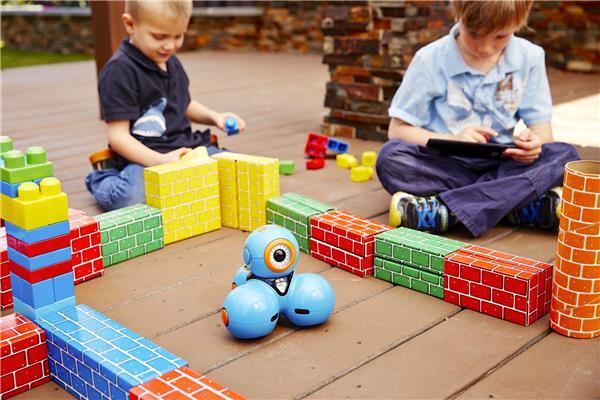 Wonder Workshops' Dash robot acts as a sidekick, pet, or pal in the world created by your child using easy-to-learn code on an iPad. It's packed with sensors and capabilities that let it move, dance, light up, make sounds, avoid obstacles, and even react to voices. Dash can greet kids as they come home from school, help them deliver a message to a friend, follows them on journeys, and become a true partner in fun.

A real robot
Dash has sensors that let it know when it’s about to run into something in front or in back of it, microphones that can hear sound and even detect where it’s coming from in a room, as well as infrared sensors that let it see and communicate with other robots. You can even record sounds on your iPad or iPhone and have Dash play them back to surprise friends and family. And you’re also free to write your own Swift code to configure and control Dash.

No assembly required
Unlike some robotics products that need hours of assembly, Dash comes pre-assembled and ready to play. You don't even need batteries.

Engaging apps
Dash works with all of Wonder Workshops' free apps for iOS or Android. Go and Path appeal to all ages. For children 8 and up, Blockly and Wonder offer fun challenge tutorials that teach them programming—while they’re having fun making Dash do lots of funny things. With more than 600 built-in tutorials, challenges, and projects, the apps let children explore programming at their own pace. They also help children develop the confidence and self-reliance to learn coding on their own.

- A real robot that acts as a pet, pal, or sidekick for children ages 8 and up
- Enters your child's world and responds to them
- Comes to life with a variety of free apps on iPhone or iPad
- Offers hundreds of exciting coding adventures and projects in Wonder and Blockly apps
- Program Dash to move, dance, light up, make sounds, and more with Wonder app
- No instructions needed—Wonder and Blockly apps teach how to program Dash
- Comes fully assembled, no extra batteries required
- Includes two Building Brick Connectors for play with LEGO and LEGO Technic compatible bricks