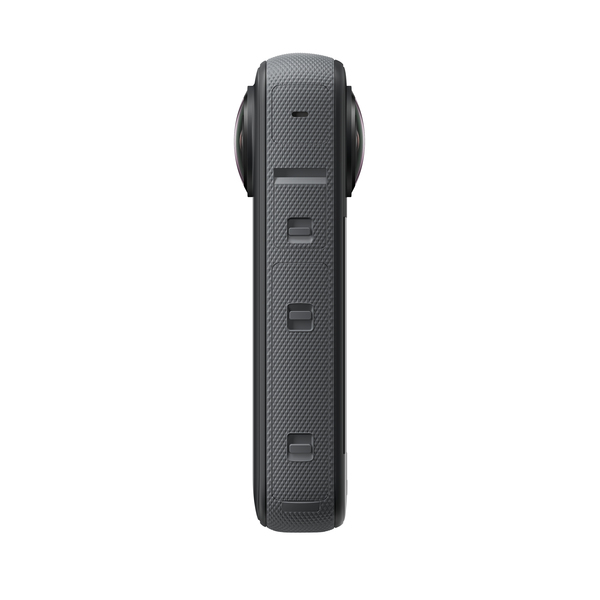 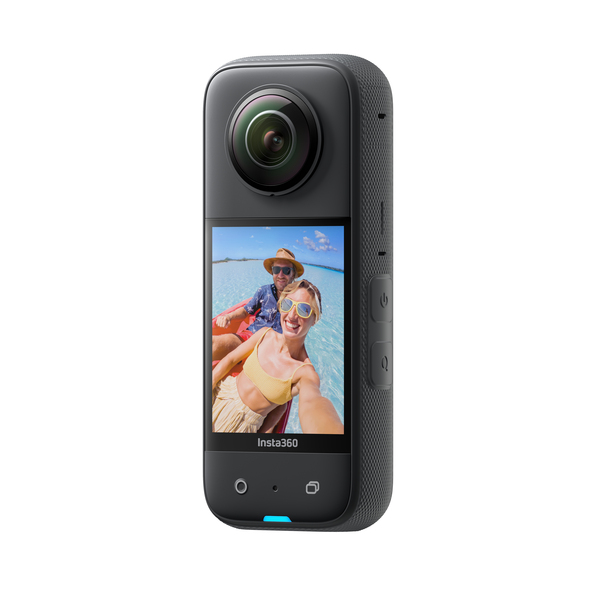 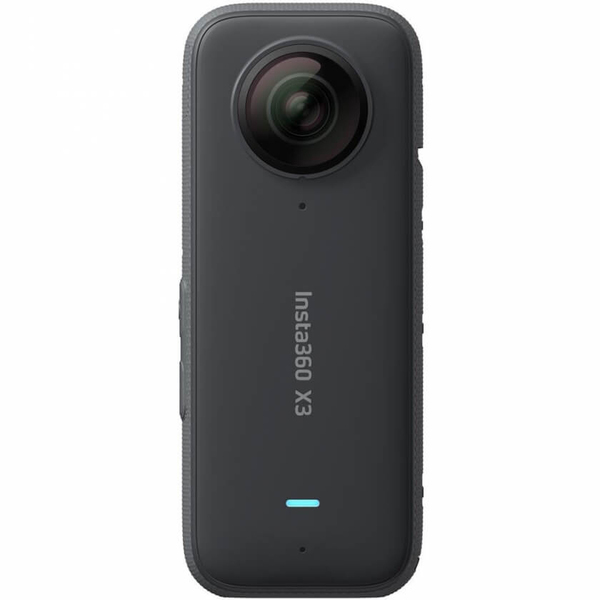 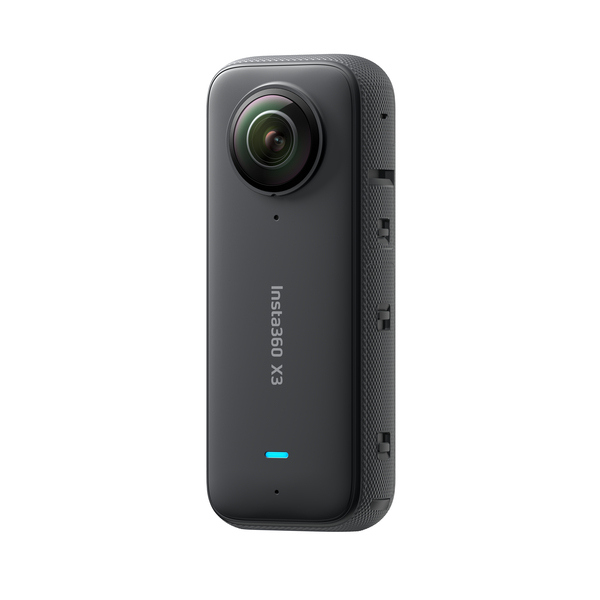 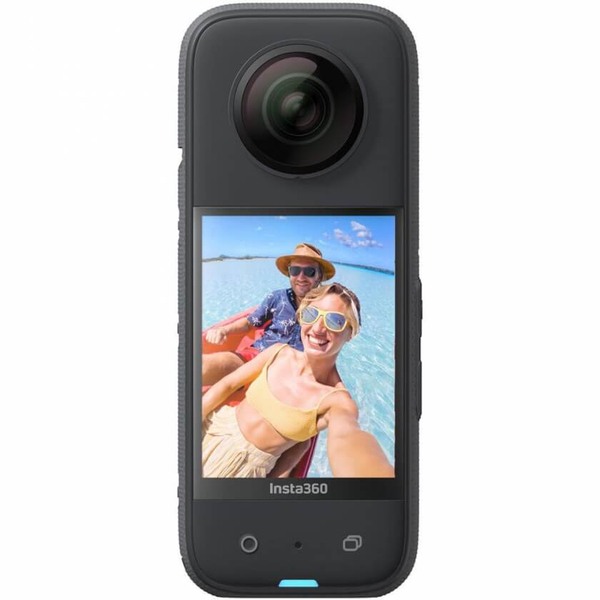 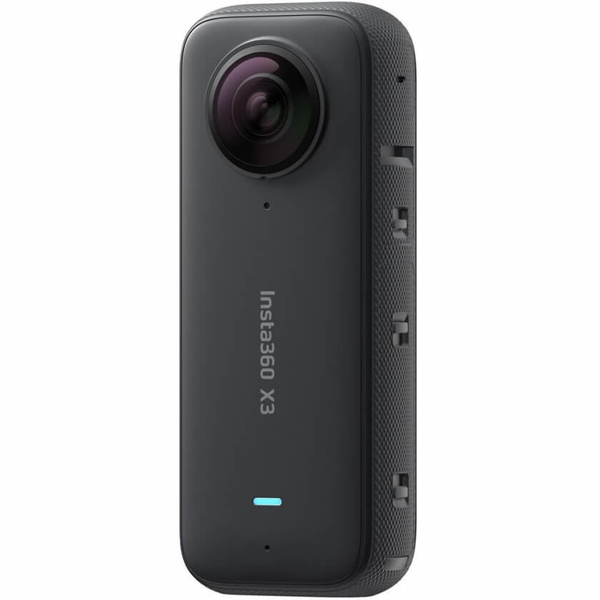 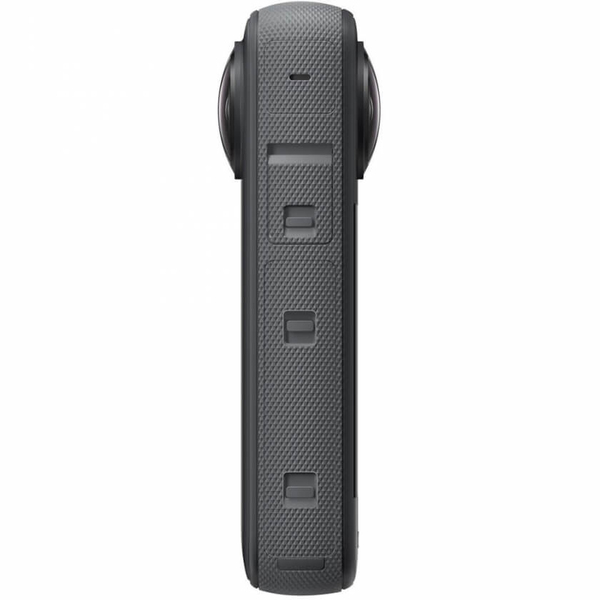 What is it?
The next gen of the world’s best-selling 360 action camera.
With 360° capture, action-ready hardware and AI-powered software, Insta360 X3 is the ultimate pocket camera. X3 makes it easy—and most importantly, fun—to capture and share your life.

What is it for?
Fun, creative content.
Creators, adventurers and athletes can now create fun and viral-worthy content with ease. X3 unleashes your creativity and helps you capture content not possible with a smartphone or a traditional camera.

The Magic of Reframing
The magic of 360 capture is the ability to choose the best angle after the fact. Easy AI-powered reframing tools in the Insta360 app make it easy to find the perfect, so you’ll never miss a shot again.

Me Mode
Take advantage of the Invisible Selfie Stick effect and shoot wide-angle video without needing to reframe with Me mode.

Benefit:
•Selfie stick will be invisible, unlike in Single Lens Mode
•1080p30fps and 60fps: high frame rate video suitable for action (the effect is equivalent to 5.7K60fps reframing, supports 16:9 and 9:16)
•Skip the process of reframing 360 footage in post

Me Mode - How It Works
The user must hold the selfie stick in this mode.  This mode uses half of the sensor on both sides of the lens to record 2 files, and then stitches them together to create a 180° video on the side where the user is. Therefore, it is named "Me Mode” as only the "me" side will be in the video.

Impossible Third-Person Views
The Invisible Selfie Stick disappears in your edit, enabling you to capture aerial angles and third-person perspectives that are impossible to achieve with other cameras. No drone, no problem!

360° Active HDR
An innovative new HDR video mode for action sports. Active HDR keeps your video stabilized as you move, while keeping details in the highlights and shadows for more vibrant footage.

4K 120fps  Bullet Time
Transport yourself to the Matrix with 4K120fps or 3K180fps slow-mo. Bullet Time looks more cinematic than ever with upgraded 4K resolution and higher frame rates

Rugged + Waterproof
Rugged and IPX8 waterproof to 33ft (10m) straight out of the box. Grab the Dive Case for seamless stitching of your underwater 360 footage down to 164ft (50m).

Bigger, Better Battery
Power through the action with the new 1800mAh battery, now with 10% more capacity.

Pre-recording - How It Works
You have the option to select 15 or 30 seconds of pre-recording. When enabled, the camera continuously records audio and video, but only saves the last 15 or 30 seconds to the SD card once you hit the shutter button. This feature ensures you won't miss a moment of action that you want to capture, while also saving valuable SD card space. Only one video file will be saved in the end.

Loop Recording
Loop recording mode enables continuous video recording, overwriting the beginning of your video to allow for new footage to be captured. It saves memory card space and is very useful for using the camera as a dashcam.

Loop Recording - How It Works
Loop recording saves a video for every minute of recording. If the new clip is < 60s, it will be saved as an additional file without deleting file #1.

Bigger Screen
2.29" touchscreen with tempered glass. A clearer and brighter screen gives you a better preview of your photos and videos, with an easier-to-use interface.

Voice Control 2.0
Call the shots. A new voice control algorithm makes it easier to control X3 when your camera is mounted out of reach.

Photo Animator
Turn static 360 photos into animated videos in a tap with the Photo Animator.
With AI facial recognition and preset effects, the app will make animations for you.