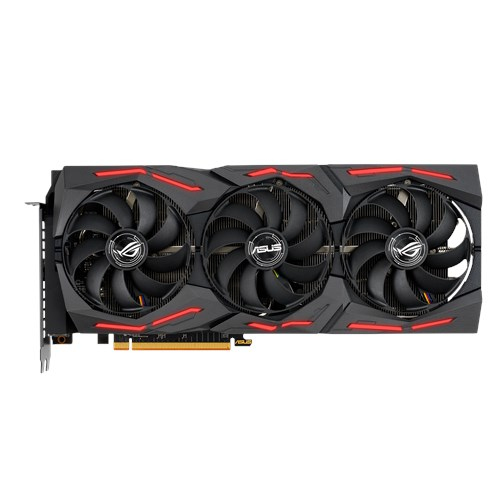 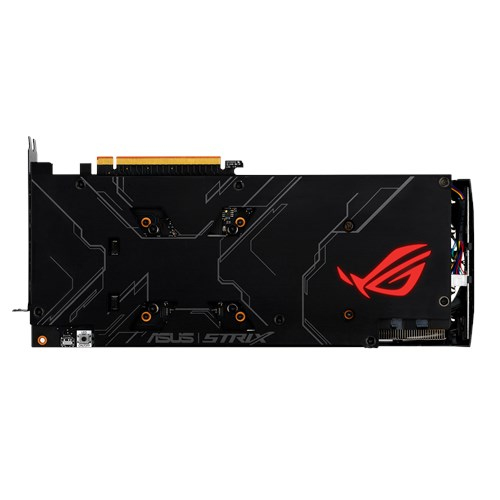 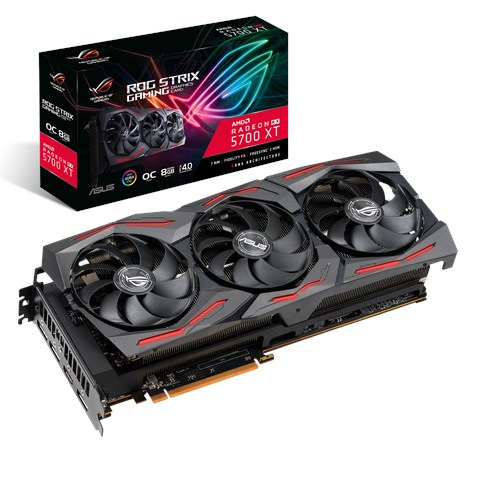 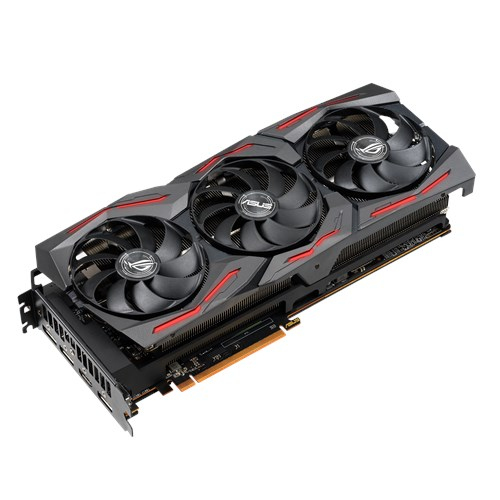 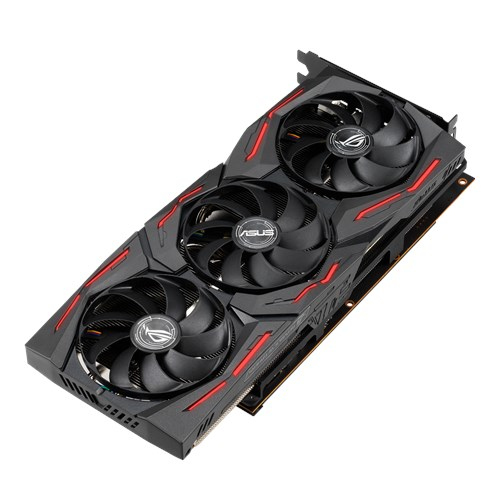 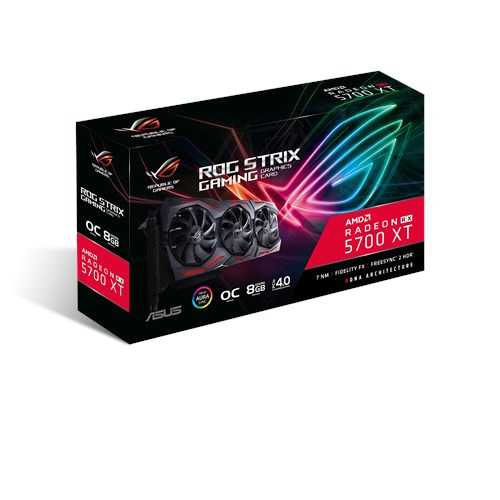 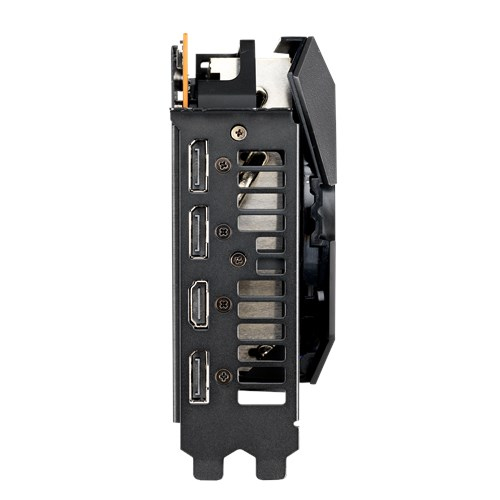 Take Flight
1440p is the new sweet spot for mainstream gaming, and the ROG Strix Radeon™ RX 5700 XT is armed to dominate the category. Components on the surface of the PCB are precisely soldered with Auto-Extreme Technology and the GPU chip is cooled using MaxContact and a beefy heatsink. On top, three fans leverage our new Axial-tech design, which surpasses our own industry-leading fans from the last generation. In-between those layers are a myriad of additional features like 0dB mode, IP5X dust resistance, a reinforced frame, and more.

Newly designed for the latest generation of top-end ROG graphics cards, these fans feature a smaller hub that facilitates longer blades and a barrier ring to increase downward air pressure.

Auto-Extreme Technology is an automated manufacturing process that sets new standards in the industry by allowing all soldering to be completed in a single pass. This reduces thermal strain on components and avoids the use of harsh cleaning chemicals, resulting in less environmental impact, lower manufacturing power consumption, and a more reliable product overall.

The ROG Strix RX 5700 XT features Aura RGB lighting on both the shroud and backplate. Get Aura Sync software to connect your compatible products for a completely customized gaming setup. You can sync to music, change color based on temperature, or select from a large number of patterns and static options, so make sure to look out for the Aura Sync logo when you're picking parts for your build.

The ASUS GPU Tweak II utility takes graphics card tuning to the next level. It allows you to tweak critical parameters including GPU core clocks, memory frequency, and voltage settings, with the option to monitor everything in real-time through a customizable on-screen display. Advanced fan control is also included along with many more features to help you get the most out of your graphics card.

Radeon Anti-Lag
When every frame counts and every click matters, AMD Radeon Anti-Lag is the ultimate tool and a must-have feature for gamers and competitive eSports players. Radeon Anti-Lag works by minimizing the amount of time between a gamer pressing a key or moving the mouse and having that response show up on the screen.